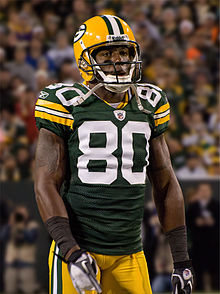 The Hall of Fame announced 22 players and three coaches as finalists yesterday, with five players and one coach selected for induction in the coming weeks.  Driver was a wide receiver out of Alcorn State who was drafted by the Packers and played in Green Bay from 1999 to 2012.